A Seattle University professor contends in a new book that ‘toxic meritocracy’ in video games helps fuel the ‘dark sides’ of gaming culture.

The Toxic Meritocracy of Video Games: Why Gaming Culture is the Worst was recently published by Seattle University professor Christopher Paul, a long-time gamer who teaches classes on communications, video games, and gender issues.

In the book, Paul argues that meritocracy is evidenced by how video games value “skill and technique” and “hard work,” and contends that this meritocracy fuels everything from “the deep bred misogyny epitomized by Gamergate” to “sexist industry practices.”

“Meritocracy is insidious because it seems like the only way to build things, but there are other options,” writes Paul in a recent blog,

The core argument in my book is that video games are an actualized meritocracy, […]

Meritocracy is insidious because it seems like the only way to build things, but there are other options. Building games that prioritize elements other than skill and effort gives us all a chance to build a different kind of community around games, one that might work together to chart a path toward something more positive and cooperative. We can build games based on luck, contingency, and serendipity, similar to elements of the design of Mario Party or Mario Kart. We can build design games that are pay-to-win and emphasize the role of the wallet, like Star Wars: Galaxy of Heroes, where players frequently work together in an effort to ‘defeat’ the developer.

Ah, yes, they defeat the developers by giving them money!

Hmmm, meritocracy is bad and we should design games based on your wallet and luck? Reminds me of the games you can play in a place called Las Vegas.

The film itself exceeded expectations, well worth the praise it has been showered with, but a film review is not on my agenda. I viewed this film as I view all media that feature black actors or have black intellect behind it — through two sets of eyes.

The first set sees the actor or story for what it truly is: human beings telling human stories. The other set, unfortunately, makes every effort to approximate how this would be viewed by nonblack eyes, by people who are prone to see my humanity as outside of their own. 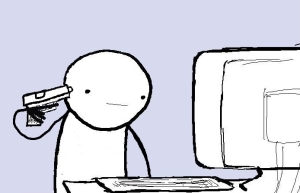 3. Through the magic of science, you will be able to read again — which may or may not be worth it, as this whole post shows.

A man in his 80s and a woman in her 60s received the treatment for age-related macular degeneration (AMD), a condition which leads to a rapid loss of central vision.

The two people went from not being able to read at all, to reading 60 to 80 words per minute with normal reading glasses. They were monitored for 12 months after the procedure and reported no severe side effects.

Researchers in Hong Kong may have identified a factor behind a rise in superbugs after discovering a type of enzyme that can break down antibiotics.

“We now understand the mechanism behind why peptide antibiotics are ineffective,” said biologist Qian Peiyuan, leader of the study and chair professor of the university’s division of life science.

But Dr Dominic Tsang Ngai-chong, the Hospital Authority’s chief infection control officer, said it was premature to assess the significance of the study.

5. Jack Thompson, the scourge of violent video games, is back!

We are growing Mini-Manchurian Candidates ready, willing, and able to kill.

A Polish priest has been called to account for his actions after wishing an early death on Pope Francis.

Father Edward Staniek, a parish priest in the southern city of Krakow, had apparently been angered by the pope’s call for Catholics to take in Muslim refugees because it was their Christian duty.

In a sermon delivered last month Father Staniek said: “I pray for the Pope in his wisdom to open his heart to the Holy Spirit, but if he does not, I pray for his quick departure to his Father’s house. I can always ask God for a happy death for him because a happy death is a great grace.”

Piercing test-subject and YouTuber ‘Count Dankula,’ real name Mark Meechan, has been found guilty of being grossly offensive (I think that’s the correct legal terminology) under the Communications Act of 2003. In the video that got him in trouble, Count Dankula says he wanted to make his girlfriend’s pug to be the “least cute thing I could think of — which is a Nazi.” The dog is shown lifting his paw in excitement at the phrase “Sieg Heil” and reacting with idiotic excitement when ‘gas the Jews’ (or, probably, just Jews) is said out loud.

Here’s an old video of Gavin McInnes about the issue and then talking a bit with Meechan. I have no idea what any of them is saying because I don’t speak their weird language, but I guess it’s informative.

This site uses Akismet to reduce spam. Learn how your comment data is processed.